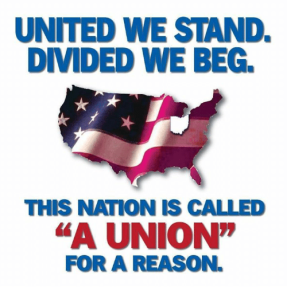 On June 27, the Supreme Court rendered its decision in Janus vs AFSCME.  As expected, the ruling was 5-4 against the unions.  But what does this mean? Some believe this was a case about members having their free speech violated because of union political endorsements.  That was not the argument in this case, however, as money that goes to politicians comes from voluntary contributions, not dues. In NYSUT, these are called VOTE-COPE contributions.

The argument Mark Janus and his attorneys made was that he should not be compelled to pay dues because the union was fighting for higher salaries and better benefits –  and he did not want either. This is obviously a ridiculous position that was contrived solely to bring a union-busting case to the Supreme Court. With a Supreme Court that leans conservative, his argument prevailed.

Declining to pay dues is not staking out a neutral position – there is no neutral position. Declining to pay dues means that you accept the Mark Janus argument that the union should not be negotiating for better pay, pensions, and working conditions. Additionally, not paying dues will erode the union’s ability to fight for those same benefits. We therefore face a true existential crisis.

It’s no coincidence that the morning after the Janus decision, teachers across New York State received an email from a group funded by Betsy DeVos which informed them of their newfound ability to not pay dues.  Why so quickly, and why New York? The reason is New York has demonstrated the value of teachers standing together and collectively fighting to improve salaries, benefits and pensions. A recent Edweek study revealed that teachers earn less than a living wage in half the country. This is what the sponsors of Janus want for us, and this is why Betsy DeVos is flooding teacher emails with solicitations to decline to pay dues.

This will be successful unless we set aside our natural reluctance to be confrontational and engage anyone we know who is tempted by the fruit of the poisoned tree.  Family members, neighbors, and colleagues must understand that anyone who chooses not to pay their dues is declaring that they do not want their union fighting for higher salaries, better benefits, and secure pensions.

A possible silver lining in the Janus decision is that it does not limit any activity that unions can do for their members.  Instead, the opinion is a cynical one – that people would rather pocket their dues and continue to get all the benefits they have grown accustomed to.

The decision to opt-out is an individual decision which threatens all of our livelihoods and yes, even the profession itself.

But we have the power to make this decision meaningless.

I have not found despair in Janus, because it will only impact us if we let it.

Janus Is As Meaningful As We Make It
Loading Comments...